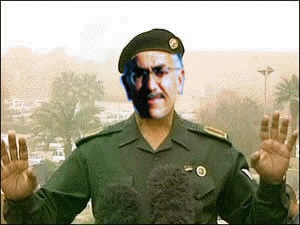 Sure, America’s Last Hometown still struggles with out-of-control CalPERS costs and bickering political camps, but real estate values have held relatively steady. And the downtown commercial vacancy rate has dropped from about 25 percent last year to half of that, according to P.G. Chamber of Commerce President Moe Ammar.

Rabobank recently filled the former World Savings Bank space on Lighthouse Avenue, he says. And The Alliance on Aging just signed a lease to run a high-end consignment shop in the old Hallmark building, which sat empty for almost five years. Other new retailers include a doll shop, a teen clothing store and two art galleries.

Nothing for locals to see, move along.

Moe Says Things Are Looking Up

3 thoughts on “Moe Says Things Are Looking Up”